i dont have a clue. i dont think pekka puupää was the first comic in northern countries, at least it wasnt the first in finland. 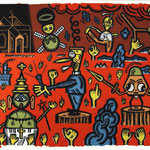 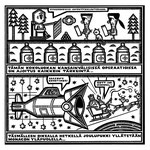 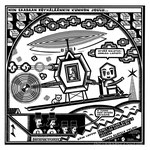 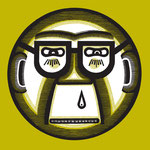 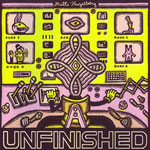 i’m the worst person to analyze my style. in my second book i came up with this description: Fred Flintstone meets Dante. And even though i feel it doesnt quite describe my work correctly anymore it at least gives some idea of how i felt it was when i started it. i find art brut and popular culture quite inspiring. on the other hand im equally inspired by raymond carver, samuel beckett william blake...

i seem to be returning to themes like existance of God, death, ...but it varies. idiocy of existence. vanity of all.

dante is one of those inspiring things that i hold dear to me. i already did a version of inferno in my second book, in 8 panels. this was in 1994

i was in this biennale in torino , biennale di arte emergente. there was a little exhibition. i think i know something of italian comix, pratt ofcourse, altan was a big influence early on, he’s excellent, stefano ricci is brilliant, topolino romano scarpa, canicola...many more that i cant remember now

Would you like to do animations from your drawings? What projects are you preparing just

i’m not that interested in animation. movement probaby doesnt interest me very much. if someone would approach me to do an animation i’d probably be interested, as long as i wouldnt have to do much. i would like to write a libretto for another opera, maybe third too. maybe something for theater... im working on my next book that’ll come out in 2008 or 2009, actually there might be a book before that one, but we’ll see. i’m currently more interested in writing than drawing and dont actually see my work as drawing at all but a form of writing.