The Geography of the Confession. Igort’s Ukrainian Notebooks

Stories about hunger all reek of the same privation and the same sadness. When hunger strikes it suppresses the ability to react, it makes people passive and aggression is consumed in a trice, immediately overcome by a feeling of tiredness. When it comes to hunger the populace finds it difficult to single out a culprit: in traditional societies there generally prevails a feeling of being punished because of having been unfaithful to their gods/god, or a sense of unyielding impotence. The story of the famine of 1932-33 in Ukraine has certain peculiarities that contrast with this tragic scenario. Although historians are not unanimous on the theories relating to the Ukrainian genocide, the idea that the collectivisation enforced by Stalin was one of the principal causes of this famine called the Holodomor that mowed down a still uncertain number (between one and a half million and ten million), is nevertheless a fact recognised by all. Even the scholar Douglas Tottle, who was interested in the use of the Ukrainian famine as a propaganda tool of Nazi fascism, does not dispute the fact that the famine actually occurred and that it wiped out an awfully large number of people nor that the role of Stalinist policies was a determining factor. 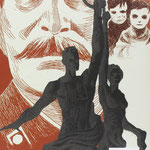 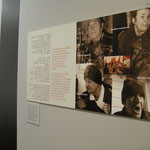 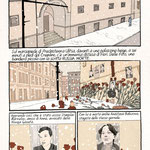 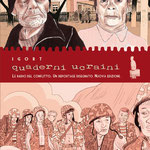 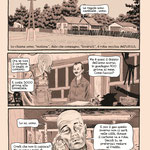 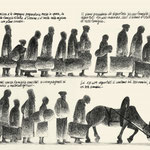 The political and physical confrontation between the Kulaks, the landowners, and the regime took place in one of the most fertile places in the world, that in just a few months became a sterile, unyielding land. There was a swift laying of blame by the Ukrainians for this terrible tragedy. This apportioning of blame contributed to the creation of a national identity for the modern-day Ukrainian state that officially commemorates that tragic period with a national ceremony.

Igort, a curious traveller, stumbled upon the stories of life in Ukraine, Russia and Siberia, and began to do what artists who tell stories do, that is to convert the pictures and the people he met into his own images. The first book is dedicated, however, solely to the Ukraine and in particular to the Holodomor, the great homicidal famine.

The majority of the testimonies relegate into second place the presence of the author and the reasons that moved him to carry out this intricate work drawn from the personal memories of the witnesses he met. Nevertheless this book is still primarily a travel journal. Igort is not a pupil of Duccio Demetrio, the landscape of the inner person that emerges from the x-rays he takes of others people’s memories is not conscious. He does not just listen to the words of the witnesses he meets on this two year journey, but he creates for them a visual aide memoire, that obviously is nothing more that his memory imagined from the life experiences of others. A journey is dangerous territory, it is a ford, a transitional bridge towards a foothold in the place that lies at journey’s end. A travel journal is a form of support for this esoteric path, the tangible proof of it having been travelled. Furthermore, ever since the time of Ulysses, within its genetic makeup a journey has an insistence on having an audience, someone to whom to narrate the things discovered, transfiguring them. The transfiguration finds its substance in its comic-strip format: the medium self-condemns this work of subjective representation of the memory.